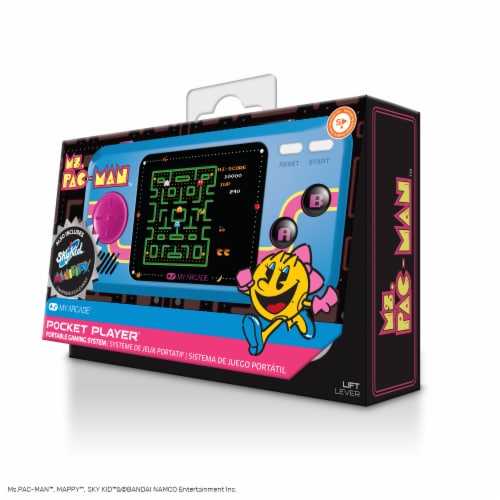 The Ms. Pac-Man Pocket Player is one of many collectible handheld game consoles by My Arcade that feature some of the world's most beloved classic video games. A timeless classic, Ms. Pac-Man was originally created to pay homage to female gamers that helped make the original Pac-Man a success. The queen of gaming has since gone on to be a smash hit on her own, being dubbed the most successful arcade game of 1982. My Arcade Pocket Players are portable handheld gaming systems for kids and adults alike.