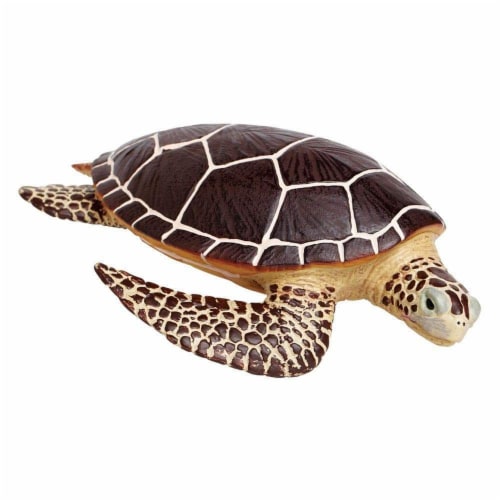 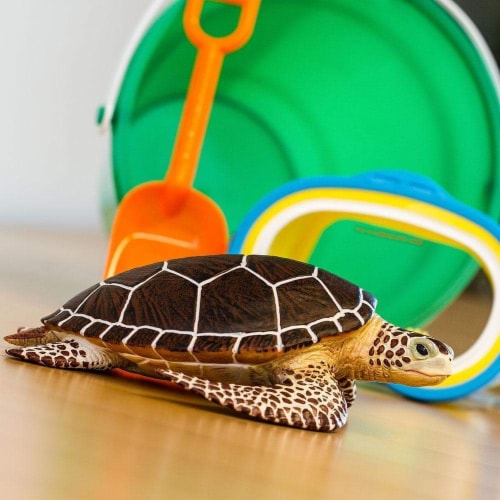 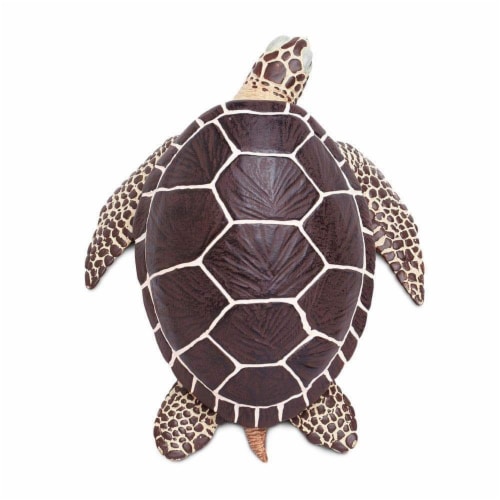 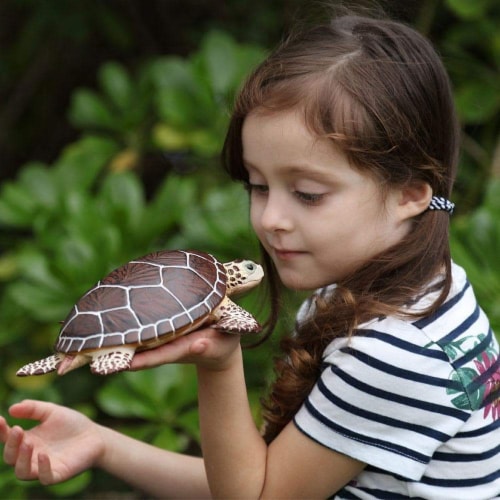 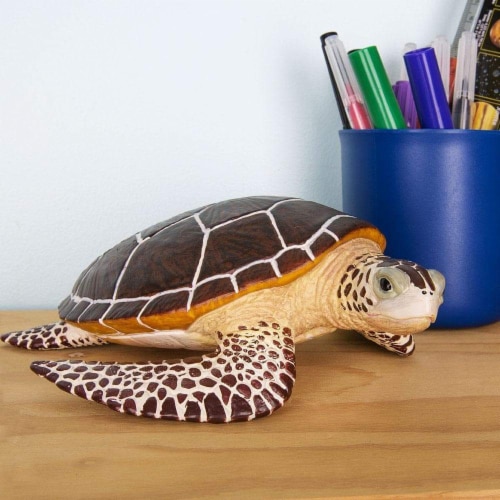 Part of the Testudines order, sea turtles are an important member of oceans around the world. They can be found in warm and temperate waters, primarily in shallow, coastal regions, as well as in bays, lagoons, and estuaries. History: While there are a large number of sea turtle species, many of them are in danger. The IUCN has classified three species as either endangered or critically endangered, and an additional three as vulnerable. Similarly, all sea turtle populations found in North American waters are listed are threatened or endangered, including the green, loggerhead, Kempâ€™s ridley, Olive ridley, hawksbill, flatback, and leatherback sea turtle. Scientific Name: Superfamily Chelonioidea Characteristics: Designed as both a learning tool and a fun toy for imaginative play, this figurine has been beautifully crafted with life-like detail and scientific accuracy. Did you know that unlike many other turtle species, most sea turtles cannot retract their limbs into their shells? Size and Color: 8.25 inches long and 2.5 inches tall, our sea turtle model is as tall as a stick of lip balm and a bit longer than a 16 oz. water bottle on its side. Sea turtles can come in many different colorations, although their skin is usually beige and their shells and fins range from olive green to dark brown. The Sea Turtle is part of the Incredible CreaturesÂ® collection. All of our products are Non-toxic and BPA free. Note: Hollow toys may float, but are not watertight.