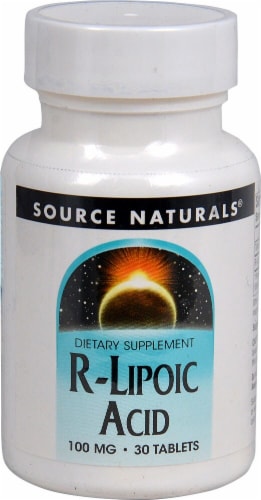 Source Naturals R-Lipoic Acid is a natural form of lipoic acid that your body can synthesize and safely metabolize. It may be better absorbed and more effective as an antioxidant than alpha-lipoic acid. R-lipoic acid by itself may be 10 times more effective than other forms of lipoic acid and has been called the "mitochondrial antioxidant" because it is a key component of mitochondrial dehydrogenase complexes, which may help to slow the natural aging process in animals. Also, animal research has shown that R-lipoic acid can increase or maintain levels of other antioxidants including CoQ10, vitamin C, vitamin E and glutathione, which may decline with age, more efficiently than other forms of lipoic acid.